Buick is becoming an SUV maker more than anything else. Just like every manufacturer nowadays, Buick is also slowly killing its car lineup. Now, the General Motors brand introduced its new crossover, the 2020 Buick Encore GX. This crossover will slot between the Encore and Envision models. Whatsoever, Encore GX is already available in the Chinese market.

In the United States, this crossover will arrive at the beginning of 2020. In China, Buick will now sell both the Encore and Envision models. First speculations suggested that the all-new Encore GX will replace the Envision model. Clearly, that will not happen. A similar thing happened when Nissan introduced both Rogue and Rogue Sport models. Encore GX is a small crossover, but still bigger than the regular Encore model. 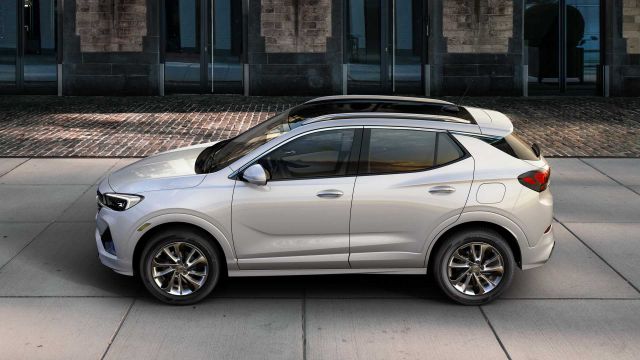 The upcoming 2020 Buick Encore GX is a small crossover. Its dimensions are about the same as the dimensions of the Jeep Compass. GX variant is slightly larger than the regular Encore model. Moreover, Encore is more like a taller subcompact hatchback. Full details for the North American markets are not available yet.

However, Buick’s newest crossover will show the company’s new design language. While similar to the base Encore model, GX looks closer to the Enclave and Regal models. The small crossover will ride on the Gamma II-platform. The same architecture underpins Chevy Trax. The design looks modern and United States version will slightly depart from the version in China. 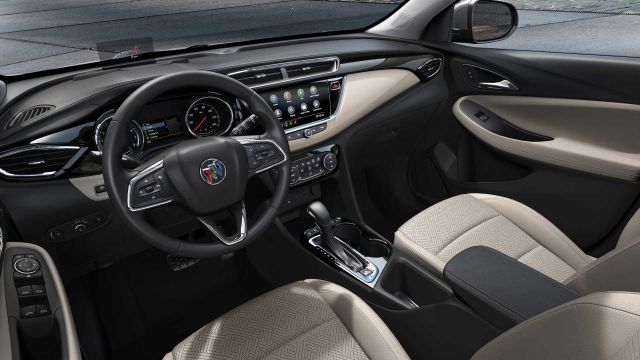 The all-new crossover will look very modern from the inside. The 2020 Buick Encore GX will be slightly longer than the regular Encore model. Thanks to that, the GX version will get an additional 5 cubic feet of cargo space. Also, legroom will be ampler. Without official details, we suggest around 24.3 cubic feet of cargo room. On top of that, folding the seats flat will open up about 54 cubes. While the upholstery and the list of standard features are almost the same as on the Encore model, GX will deliver something different. A brand-new head-up display will be a revolutionary feature for the crossover segment.

This unique display is showing a semi-transparent readout of the information. This unit is placed in the driver’s field of vision. This will provide better safety as the driver now doesn’t have to look at the gauge cluster. The driver will now have to look on the road and the key vehicle information will show up on the base of the windshield. On top of that, it looks pretty cool. Besides that, the 2020 GX Encore will get plenty of driver-assistance systems. That includes lane keep assist, lane departure warning, surround-view camera, and emergency braking.

Because it’s a larger crossover, the 2020 Buick Encore GX will probably arrive with a larger engine. Standard Encore model is available with a 1.4-liter four-cylinder turbo engine. This unit is producing 138 HP and 148 lb-ft of torque. According to the latest reports, GX variant will get a 2.0-liter turbo engine.

This four-cylinder engine is producing 237 horsepower and 258 lb-ft of torque. On top of that, it comes with a 9-speed automatic transmission. The same engine can be found under the hood of the Cadillac XT4 model. 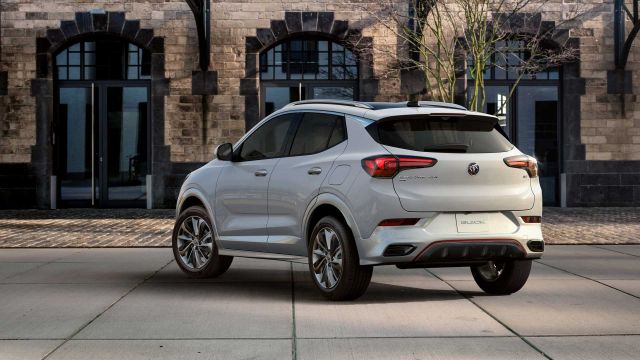 This small crossover will arrive in the United States at the beginning of 2020. The 2020 Buick Encore GX will cost slightly higher than the standard Encore model. However, exact pricing details are not available.

The forthcoming crossover is currently in production, in South Korea. Moreover, the same plant that builds Encore GX is also responsible for the Chevy Trailblazer.