The popular German Company Volkswagen is ready to release a more rakish-looking variant of its Atlas SUV. The new model will be called 2020 VW Atlas Cross Sport and it will look more aggressive and stronger than the standard version. The new pictures appear on the internet and we are ready to analyze them.

From the provided images we can see that the overall shape remains true to that of the Atlas Concept that is shown last year at the New York auto show. However, some changes are there and the new model looks handsome. 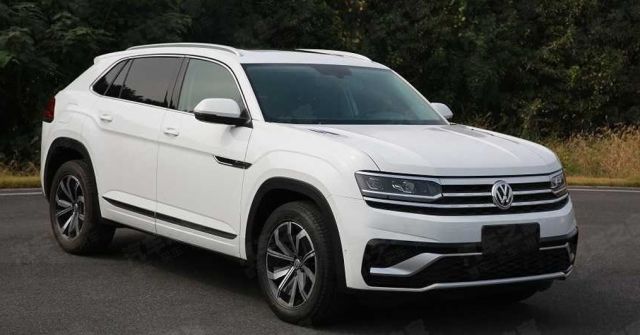 The 2020 VW Atlas Cross Sport photos have been just leaked onto the Internet. Exactly, one of the popular Chinese websites has been firstly posted pictures. From them, we can clearly see that this third-row SUV possesses the same lines as the concept model showed last year.

The front fascia of this model features almost the same Volkswagen Atlas grille and the new LED lighting. Also, the rear taillight treatment will use the same LED technology. As for the rear end, the dual exhausts system is installed and it is integrated into the bumper.

Dimensionally, this SUV according to Chinese website will be 193.1 inches long, 78.3 inches wide and 67.6 inches tall. Its wheelbase measures 117.3 inches. Furthermore, as we compare these dimensions with the standard model they are almost identical. Both models have the same widths and wheelbase lengths, while the Atlas Cross Sport length and height are shrink by 7.5 inches and 2.32 inches. 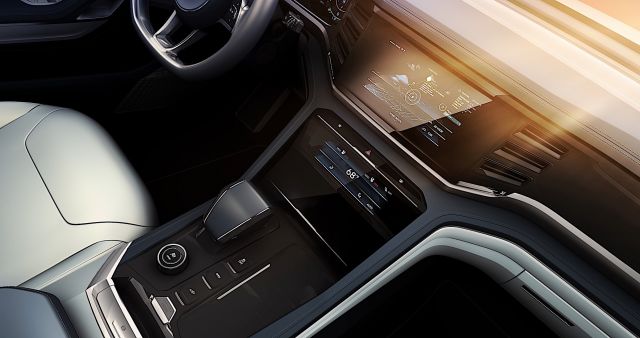 The interior of the 2020 VW Atlas Cross Sport has not yet been shown. However, from the information that we got, the new model will keep the same design as the standard one and it will differ minimally. So, we can expect the same high-quality dashboard and cabin that offers space for all seven passengers.

The standard features that come with Atlas are Cruise control, power mirrors, 2-zone climate control, Bluetooth, CarPlay/Android Auto, and a 6.5-inch touch screen. Also, a powerful audio system with a 6-speaker is a part of standard equipment. For the safety, we can expect automatic post-collision braking, VW’s Intelligent Crash Response System and plenty of new staff. 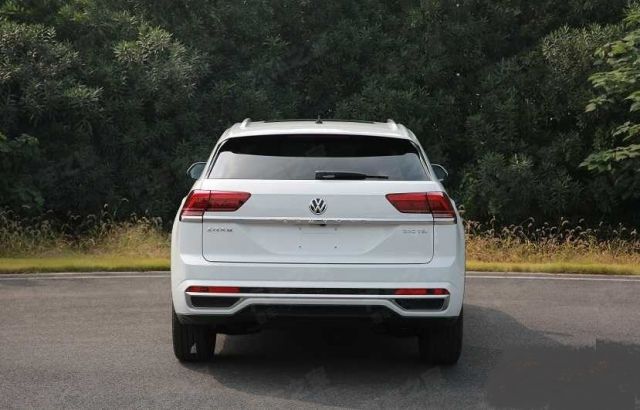 The powertrain of the upcoming 2020 VW Atlas Cross Sport model is still a mystery. However, the regular Atlas features base engine of 2.0-liter turbo-4 that is able to produce 238 horsepower and the optional 3.6-liter V-6 that delivers 280 HP. Both engines come with the seven-speed DSG dual-clutch transmission. From some rumors, it’s very likely that both engines that come with the regular model will be offered in the Atlas Cross Sport.

Moreover, we can expect better output and fuel economy with the cross-sport version. Also, some speculations indicate that there`s a possibility for a mild-hybrid powertrain or maybe a plug-in hybrid system. However, this informations is not yet confirmed by the officials.

The price of VW Atlas Cross Sport is not yet available. However, we can expect a slight increase over the standard version. The Atlas standard model is priced at $30,000, while the most equipped model with a V6 engine cost $50,000. As for the release date, this SUV will reach showrooms later this year and it will compete directly with rivals such as the Ford Edge, Nissan Murano, Chevrolet Blazer, and Honda Passport.